I'm posting after a long break, but hope this will be a fresh start. During yesterday's Independence Day celebration, India Post issued a set of stamps (3rd in a series) on UNESCO world heritage sites. These stamps were intended to showcase selected cultural sites that have been inscribed on the list comprising over 1000 sites from around the world. Like previous 5-6 years of crowd-sourced stamp images, photographs were submitted by public through a competition on the MyGov platform. These competitions are typically being organized 1-2 months in advance of the actual stamp issuance, always delivering half baked designs. This particular stamp issue was no exception.

Several elements are inconsistent and incorrect with these poorly designed stamps, and I request that India Post recall this stamp issue. Firstly, there are some gross errors in the stamp images. The stamp on Churches and convents of Goa shows an image of Se Cathedral, but describes it as Church of Bom Jesus. Information and images found on the internet clearly prove this is a mistake. Also, it's Basilica of Bom Jesus, not Church of Bom Jesus. Next is the stamp on Khajuraho temples. The stamp shows and image of Vamana temple, but is described as Javari temple. The second panel below clearly shows the difference between the two temples. Again, quick searches on the internet will be enough.

Third error is some what technical, so it may need further verification. Nomination documents for Historic city of Ahmadabad that can be found on UNESCO World heritage web site says that Sarkhej Roza is outside the nominated world heritage site property. Why was this shown on the stamp then?

Lastly, the stamps are so poorly designed. Low quality fonts were used and placements of the words are not even on all the stamps either. The stone wall shown on Khajuraho temple stamp could have been easily cropped to highlight the actual temple more. There was also no need to put Qutb Minar on a stamp again - it has already been seen on several previous postal stamps issued by India Post.

An overall disaster, this stamp issue should be immediately recalled and new images, whether crowd sourced or not, should be selected, errors rectified and printed. Not cool, India Post. 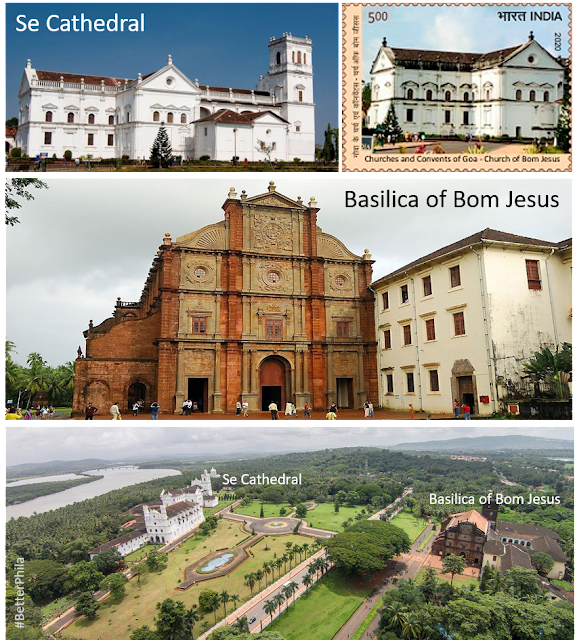 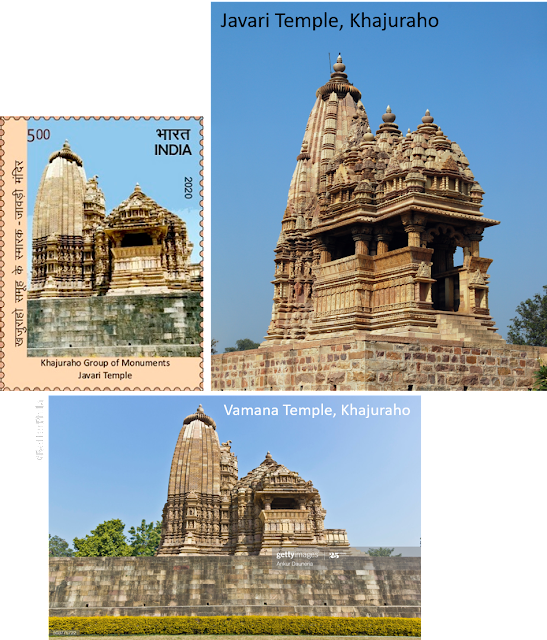 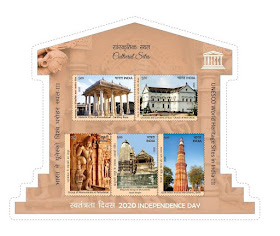